Remember in the home tour & again in the guest room re-do seeing that I have owl all over our houses?! Well, the guest bathroom was pretty much owl free. It’s had a beachy theme which I’ve been just fine with. But after 5 years, I was ready for a little change. 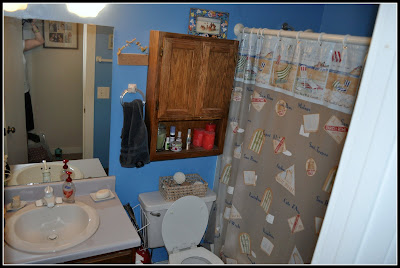 So when I saw these featured on The Owl Barn from Target, I was smitten. I looked for the set at a couple area Targets before going on my phone & realizing I’d missed the dreaded “online only”. I sat on it for a couple days before taking the plunge & buying the shower curtain & lotion/soap pump online. Hello guest bathroom re-do!! 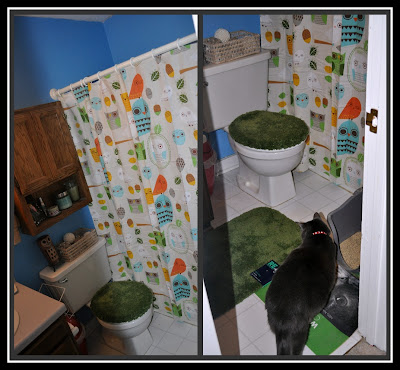 I removed the beachy themed decorations & added in a few owls that I already had. Instead of little beach frames to the right of the shower, I’ve now hung two wooden frames. Might need to update the photos in them though. 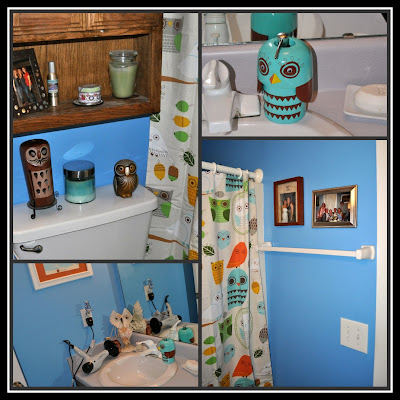 I returned the toilet seat cover because I couldn’t keep the seat up with it on. I’ve decided I need want the soap dish {the current white one holding ‘B’ soap bar is boring} & toothbrush holder to complete the set. The trashcan now doesn’t match either. I need a covered one to keep Moe {who’s a fan of the redo!} out of it so I’ll probably pick up a basic white one of my next Target trip.