Y’all forgive me, ok? I’m starting to suck at this. But last week was a crazy week for me. I’m promise to do better for week 10 (or at least try).

Saturday Day 57: Walking with Alethea then raking leaves {I got the blisters to prove it}. Then dinner out with friends at Bogart’s followed by a visit to the Cupcake Shoppe. Only photo taken that night was the cupcake on my cell which was later reimaged & deleted. So this I took with the big girl camera Saturday morning. 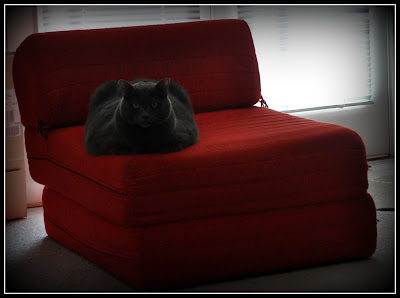 Sunday Day 58: I can’t remember us doing anything & no photos taken.

Monday Day 59: Busy day at work then small group while it was POURING down rain. No photo.

Tuesday Day 60: RE appointment then laundry & hanging with the husband. No photo.

Wednesday Day 61: I was a crazy worker bee so I could leave work early again. This time thought it was for a much needed haircut & highlights. My hair looked awesome when I got home but no photos taken of it.

Thursday Day 62: Book club! for Shanghai Girls which I am planning to have it’s own blog post for later this week. We also sold my husband’s car that night. After all that, I sat down on the couch, got cold & covered Moe & I up. He might look annoyed in the photo, but he actually liked it. 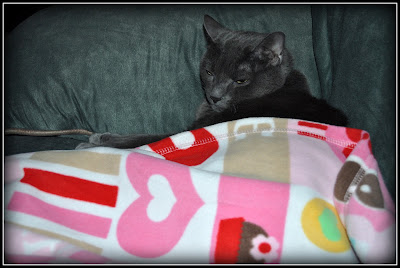 Friday Day 63: We treked off to my parent’s house Friday night. They weren’t home (in Charlotte visiting Papa). It was weird but not weird to be alone in my old house. Didn’t take any photos there, but Captured photo of Jason’s nightstand was taken after midnight is I’m calling it day 63. 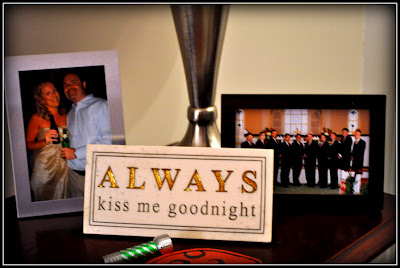 I promise I’m already doing better for this week 10!