We had opened spouse gifts going oldest to youngest order (I was last), so we did family gifts youngest to oldest (I was third). My brother opened a video game, golf club & Santa gave Steven & Beth a wine frig. Thanks to Beth’s Amazon & Crate & Barrel registries, she received a lot of things she really wanted. Mom & Nana both opened more Pandora charms as well as a few clothes & nick nacks.

Dad’s big gifts were a Tassamo coffee maker from the kids & $$ towards building a computer from Nana & Pawpaw. Jason & I’s BIG gift was the Nikon D5000 {I saved it for the last gift opened!}. We also received a NCSU welcome sign that I want to frame, an owl ornament, a Lilly agenda, lip glosses, Amazon gift cards, a polo, scarf, pj pants. Everyone received OIB Floatilla long sleeve Ts!

So from now on {actually you saw a few preview photos in my last 2 posts}, expect to see a lot of photos! Hopefully they are much better than the ones I’ve take myself on our old Sony point & shoot, or worse my 3 year old cell phone, or borrowed {read stolen} from friends picasa/facebook/blogs. I look forward to looking at my first days pictures in a year or two from know and being even better.

So, thanks to picnik, here’s a few collages of photos from New Years Day & then once I returned home last Sunday.

ps- dogs are much better models for trying out the Pet Portraits than cats. Oh and my parent’s old bird Nick & his cage were tough models too.

I stayed on AUTO for most, but ventured on the SCENE mode for pets, party mode, candlelight 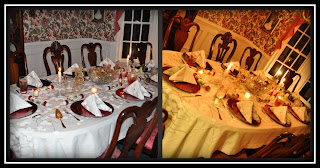 & even made my brother try out his new golf club so I could use the sports mode. 🙂 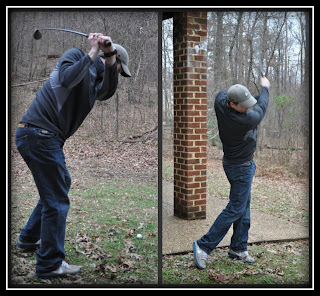 I watched the how-to DVDs Sunday afternoon. I’m no where near brave enough to go to the P, M, A or S modes yet, but I plan to take enough photos this year that I hopefully get comfortable with them sooner than later.

Jason & I came back early Sunday so he could watch the Falcons at home. We also HAD to take down our tree. After being gone 10 days & it receiving little water during that time, it was beyond looking rough. Thanks to the dead tree shedding so much & Moe puking up a bag Jason left out, our carpets also got cleaned & vacuumed Sunday.

I would be remiss if I didn’t mention Saturday & Sundays meals. In case you missed it on my twitter feed, I tweeted the Pioneer Woman {remember we’re friends since we met last June} & asked her what we should pare with her mashed potatoes & a beef tenderloin. She said {AHH that’s right, she wrote me back!} her burgundy mushrooms so we went with them as well as my mom’s broccoli casserole. Mom & Nana traditionally do something different with the meat, but since we were kinda having a PW meal already, we tried her roasted beef tenderloin recipe from her cookbook which is pretty much this recipe.

Since I don’t eat pork/beef, I didn’t try it, but even as he ate it Sunday night for the second night in a row, Jason continued to oooh & ahhhh over it! Guess that’s something we’ll repeat for next year.