Yes I know “thankfilled” isn’t a word, but that’s the best way I can think of to describe this past long weekend. Only thing we missed was Jason & my future sister-in-law Beth, otherwise it was fabulous!

I left right after work Wednesday and headed down to Ocean Isle. I arrived just in time to watch a little TV and unpack before my parents & brother arrived from Midlo. My brother brought his pup Quinn so they stayed downstairs & I was upstairs in a twin bed.

I’m realizing now that most of my photos from the weekend are of Quinnie & Nana & Pawpaw’s Bocce. The dogs are about the same size height-wise, but Quinn’s double Bocce’s weight!! Quinn LOVES Bocce. Bocce’s not a huge fan but was kind of won over by the end of the weekend.

Thanksgiving Thursday we woke up early & went to church on the beach. It was a perfect fall day for a beautiful service. We had scrambled eggs, cinnamon rolls (from a can! easy & yummy!), pineapple slices & bacon. One of Nana’s friends had let us borrow her turkey roaster {kind of a big crock pot} & Nana was very organized with all the other food so we had time on our hands. The guys were watching NFL games, so Mom, Nana & I did what we enjoy & kinda do best: shop for deals! We chilled for a little bit then headed off to the two open shops. I’d come up with the idea of starting Mom & Nana Pandora bracelets for Christmas. Island Breeze was open 12-6 & has a whole Pandora area in the shop. We ended up spending over 2 hours with the sweet ladies there! Since neither of them know or look here, I’ll show you what they’re getting from me! Mom’s getting the owl charm & sunburst clip. Nana’s getting the beveled clip & the Bible charm.

{my Dad & brother also went in with me for the bracelets & other charms & clips!}

We also went over to Sunset Beach on their new, much debate bridge. I thought it was very nice & convenient. {Before they had a swing, one lane bridge that opened hourly or more of big ships to go through the intercoastal.} We stopped my the gift shop where Nana used to work {& by work Pawpaw would say she tended to owe them money for all she bought while she was there!}. Mom bought a fun sweater dress & she bought me a shopping basket for my birthday {& getting it monogrammed with a “B”}. Everything in the store was 40% off that day. 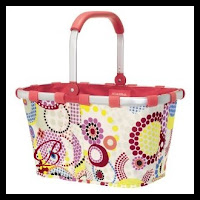 We all thought the turkey might’ve been the best ever; super moist & delicious. We had stuffing {mom threw it together with celery, onions, oysters & turkey stock since we forgot to buy chicken stock}, sweet potato casserole, green beans & rolls. With the help of Mrs Smith, we had apple & pumpkin pies as well as Nana’s famous rice krispy treats, my pumpkin cookies & fudge.

Steven, Mom, Nana & I played a round of Mexican Train Dominos & I was in the “lucky” broken bar stool & won! Mom & Steven also hatched the idea of doing midnight Walmart shopping…I didn’t plan to buy anything, but I’m a night owl so I was up for it. Dad even came along for the ride to check it out. We ended up finding a couple of $5 & $10 DVDs & Blurays for Steven & Beth for Christmas as well as NBA 2k11 for $29 {the reason we went}. I ended up buying Steven a $15 shopvac that will be part of his Christmas gift. What we passed up that I regret, the Shark Steam Mop for $36. I didn’t realize what a deal it was!

Check back tomorrow for the rest of our holiday weekend.